Home / Blog / The Benefits of Inclusion and Diversity in the Classroom

The Benefits of Inclusion and Diversity in the Classroom 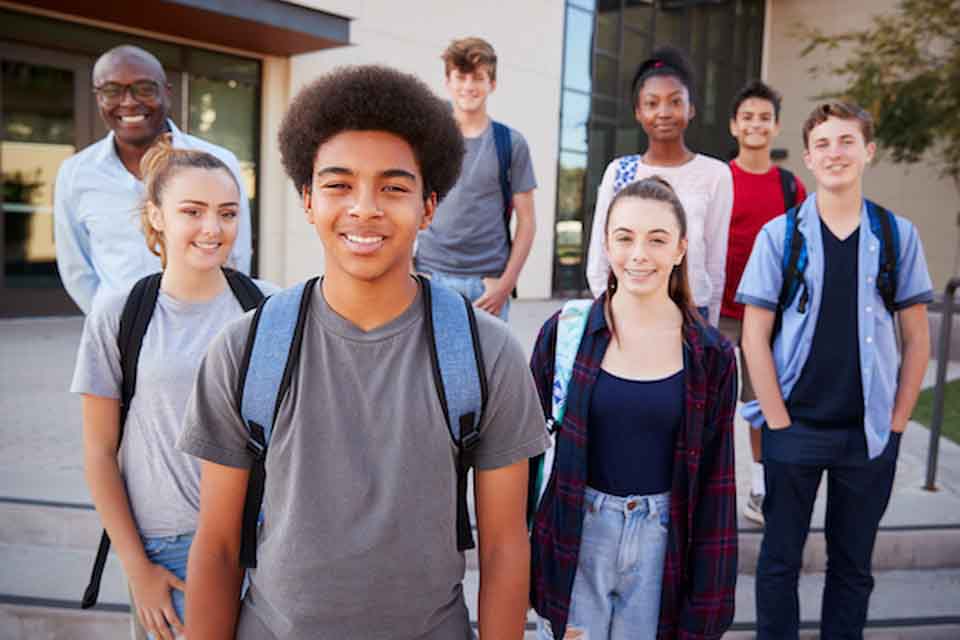 It’s been a little more than 60 years since Brown vs. Board of Education, one of the most important Supreme Court cases in the history of the United States. The decision made it illegal to segregate public schools on the basis of race. That cornerstone decision of the civil rights movement has played a major role in breaking down racial barriers in the decades since. It has also enabled social scientists to study how diversity in the classroom leads to students’ increased cultural understanding, stronger critical thinking skills and enhanced creativity, which all better prepare them for adulthood.

The National Education Association reports that 2014 was the first year in which the majority of students in American public schools represented racial and ethnic minorities. In addition, the Southern Education Foundation found that in 2013, a full 51 percent of public school children were from low-income families. While student demographics vary greatly across the country, there is no question that cultural respect and inclusion are values that matter greatly in the modern classroom. Those considering enrolling in a Doctorate in Education (EdD) program should seek out one that emphasizes the importance of inclusion and diversity in the classroom, and the benefits they can provide.

Exploring the Benefits of Classroom Diversity and Inclusion

An in-depth research review of dozens of other studies on diversity—conducted by The Century Foundation, a New York-based think tank—found that having different and divergent perspectives can create positive learning outcomes. Those outcomes, explored below, can have benefits that reflect well beyond students’ graduation and can impact their lives going forward.

The presence of diversity in the classroom allows students to consider perspectives and opinions beyond those they’ve already formed or were shaped in early life by family and friends. By presenting students with viewpoints far different from their own, it gives them the opportunity to think critically about their own beliefs and examine the world in fresh ways. As noted by an article in Scientific American, exposure to diversity alters the way individuals think by promoting creativity and innovation, as well as decision-making and problem-solving skills. As the article summarizes, “Diversity jolts us into cognitive action in ways that homogeneity simply does not.”

When students enter the professional world, they join a vast and diverse workforce. Interacting with people of all different backgrounds and mindsets can present a challenge without prior exposure to diversity, especially at a younger age. Companies are taking note of their employees’ ability to handle diversity with grace and maturity; 96 percent of major employers, according to the Century Foundation, say it is vital that employees are able to work with people from diverse backgrounds.

As part of the Century Foundation’s research study on diversity, the authors reviewed 27 different studies about the effects of diversity on people’s willingness to interact with and improve their local community—a concept known as civic engagement. The study found that experiences with diversity in college do lead to increased civic engagement. This indicates the more involved citizens are with their government and political landscape, and the more educated they become about government processes, the more informed decisions they can make about how they are governed. As the U.S. Department of Education notes, students’ experiences with diversity help mold them into more engaged citizens.

At its core, creativity is all about bringing together different ideas and transforming them to make something new, unique, and personal. The more ideas and experiences people are exposed to, the more creative they can be. Indeed, Scientific American cites a study conducted by several research professors who found that groups with racial diversity significantly outperformed groups without diversity in a problem-solving scenario. In professional and nonprofessional situations that call for creativity, it is a wise choice to bring together diverse perspectives.

Discover How to Encourage Inclusivity and Diversity as an Educator

As has been discussed, diversity in the classroom has numerous positive benefits for students, but how can educators ensure their pupils are getting the most out of interacting with their diverse peers? Well-trained educators, like those with an EdD, are equipped with the tools to encourage the exchange of ideas and interpersonal understanding. No matter what level of education, elementary school teachers through college professors can all utilize the following strategies to benefit their classrooms.

Classroom students aren’t the only ones who can benefit from learning about what makes them diverse. According to the NDT Resource Center, an academic source committed to nondestructive evaluation, educators should also get to know their students and what makes them unique, thereby discovering the viewpoint from which they see the world and their personal learning style. For an educator, understanding cultural diversity in the classroom is a crucial part of being able to anticipate where certain lessons might lead, or any issues that might arise between students of different backgrounds. Educators can establish a tone of inclusion, emphasizing that all perspectives are valuable.

An educator who properly creates a culturally responsive environment will have fostered a classroom where students become respectful and understanding of cultures different from their own. Those students are typically more willing to listen respectfully to different viewpoints, rather than mock, scorn, or fear the unfamiliar. The best way for educators to achieve this, according to The Edvocate, is to teach students that people who do not look the same as them—or who come from different socioeconomic backgrounds, follow different religious traditions, speak different languages, or have a different sexual orientation or gender identity—are still just the same as them on the inside.

Allow Students to Learn about Their Community

Learning about one’s own culture is just as important as learning about others when it comes to developing cultural understanding among students. Educators with a strong teaching background such as an EdD can facilitate projects for their students that encourage them to get to know their own history. The NDT Resource Center suggests activities such as visiting community landmarks of importance to their culture, and interviewing important members of their community. Students can then be given the opportunity to share what they discover with their classmates.

In recent years, schools have enacted zero-tolerance policies in an attempt to curb bullying, harassment, and intimidation. However, the tide is now shifting toward zero-indifference policies instead, according to GLSEN. Zero-indifference is an alternative that promotes safety in schools by consistently and firmly addressing disrespectful behavior. Unlike zero-tolerance, in which a first offense results in punishments as harsh as suspension or expulsion, zero-indifference allows the teacher to use culturally insensitive moments as opportunities for learning and understanding. The Tolerance.org project of the Southern Poverty Law Center recommends zero-indifference policies when it comes to addressing bullying and harassment, as does the Anti-Defamation League; the American Civil Liberties Union; the Respect for All Project; and the Gay, Lesbian, and Straight Education Network—according to research by Jacqueline Leung on the Oregon Commission on Black Affairs.

Learn How to Foster Cultural Diversity in the Classroom

Teachers who wish to be at the forefront of their profession should have a strong foundation in understanding diversity and how to create an environment of inclusion in the classroom. To accomplish this, educators would do well to explore an award-winning education program, such as American University’s Online Doctorate of Education. The curriculum is designed to provide educators with the tools and understanding to adapt to any classroom, regardless of its diverse student makeup—and to ultimately foster a wider appreciation of our human differences.

Leung, Jacqueline, “Reforming School Discipline for Equity and Excellence in Oregon: Recommendations for Policy and Practice”

National Education Association, “Diverse Student Populations Are in the Classroom”

The Century Foundation, “How Racially Diverse Schools and Classrooms Can Benefit All Students”

The Edvocate, “Ways to Promote Diverse Cultures in the Classroom”