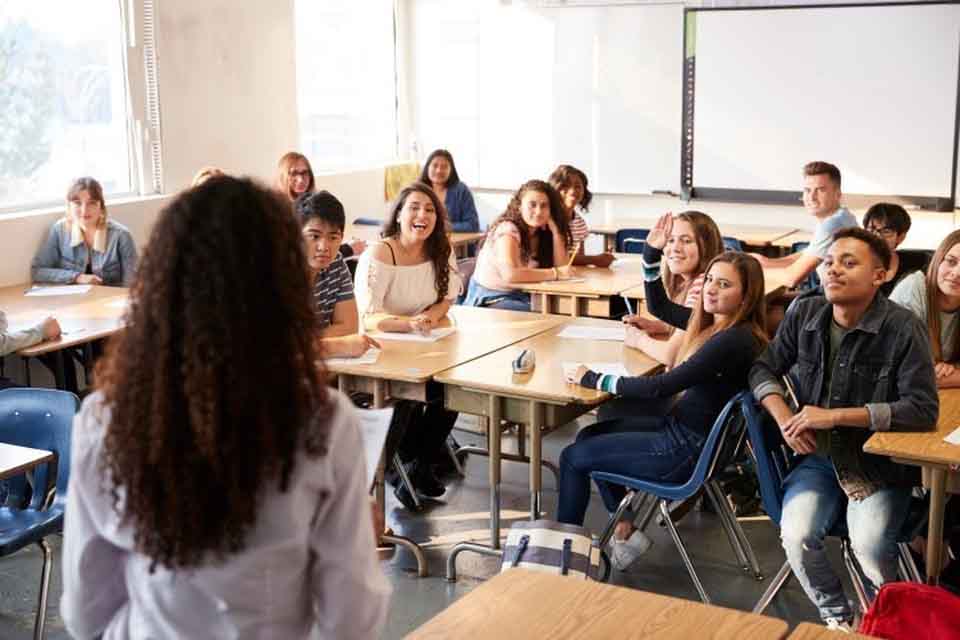 The history of classroom segregation in the US reflects the nation’s continuing legacy of racism and systemic racial inequality. As recently as the 1950s, racial segregation in schools was the law of the land. More than six decades after the Supreme Court ruled that law unconstitutional, many schools are still heavily segregated and substantial disparities in school funding along racial lines remain.

As educational leaders search for ways to close achievement gaps and innovate solutions to manage inequitable school funding, they must also confront an ever-growing issue: the resegregation of US schools. Unfortunately, as in the past, the conditions of many schools today continue to separate the haves from the have-nots and further root marginalized groups in positions of disadvantage.

Leaders in education continue to seek ways to ensure that students across all race, ethnicity, and socioeconomic background, have equitable access to quality education. This requires addressing the role classroom segregation plays in exacerbating disparities and developing teaching approaches that offset the negative impact of segregation in schools.

A Brief History of Classroom Segregation

As early as the 1930s, members of the National Association for the Advancement of Colored People (NAACP) were looking for strategies to desegregate schools through lawsuits targeting the legal doctrine of “separate but equal.” However, not until Brown v. Board of Education in 1954 did the US Supreme Court unanimously outlaw state-sanctioned school segregation, ruling it unconstitutional.

Such disparities resulted in gaps in the educational opportunities available to Black and white communities. In 1950, only 1 in 10 Black adults graduated from high school compared to 4 in 10 white adults. Especially hard hit were people living in states with a history of Jim Crow laws—Black adults in Mississippi, Georgia, and other Southern states having an average of only about five years of schooling.

Once efforts to integrate schools began, campaigns directed by white community leaders and elected officials to resist and defy the Brown v. Board of Education ruling followed. One of the most famous examples occurred in 1957, when Arkansas governor Orval Eugene Faubus called upon the state’s National Guard to block nine newly enrolled Black students from entering Little Rock’s Central High School.

Another defiance of the Brown v. Board of Education ruling took place in Cleveland, Mississippi, where local officials devised schemes to stop desegregation by building schools in locations that kept Black students in all-Black schools, and created “dual residencies” that allowed the school district to continue sending students to particular schools based on their race.

Nonetheless, proponents of integration pressed on, introducing programs and strategies to address the issue. One controversial strategy to end classroom segregation became known as “busing.” These programs sought to close opportunity and achievement gaps and make classrooms more diverse by busing students of color to white schools and busing white students to schools made up of students of color

However, many white parents objected to the programs, in fear they would lose access to the better-resourced schools. Because large numbers moved their children to private schools or their families to suburban areas (a phenomenon known as “white flight”), Black families shouldered a disproportionate burden in busing and other integration efforts. Some Black families and political leaders also objected to busing programs on the grounds that they were too disruptive and failed to address deeper, causal issues such as inequities in the housing market.

Despite resistance to busing and other efforts aimed at desegregating schools, integration programs delivered meaningful educational opportunities to generations of Americans by helping to address funding inequities that exist between between schools that are predominantly white and those that are predominantly non-white.

Consider the research of University of California, Berkeley, economist Rucker Johnson, who studied the effects of court-ordered school desegregation on socioeconomic and health outcomes.. He found that high school graduation rates for Black students jumped by almost 15 percent when they attended integrated schools for five years. This attendance also decreased those students’ chances of living in poverty as an adult by 11 percent. Such improvements correlated with greater access to school resources; Johnson’s research found desegregation plans effectively narrowed Black-white gaps in per-pupil school spending and class size.

However, any discussion of the benefits of busing should also acknowledge that the Black students who were bused to previously all-white schools faced immeasurable hardships. Whatever positive outcomes resulted from access to greater resources or exposure to institutions that prepared them for predominantly white postsecondary and professional settings, they were gained in the face of widespread hostility and discrimination from white educators and students alike.

Despite gains made in the 1970s and ’80s to desegregate schools, a series of court rulings ending mandatory desegregation programs have resulted in growing numbers of segregated schools.

A study from the Civil Rights Project found that the number of schools in which students of color make up 90 percent or more of the student population has tripled since 1988. Today, more than 40 percent of Black and Hispanic students attend schools where 9 out of 10 students are students of color. According to the Civil Rights Project study, “Black students in the South are less likely to attend a school that is majority white than about 50 years ago.” In fact, the study reports, the percentage of Black students attending schools in which white students make up at least 50 percent of the student body dropped from 44 percent in 1989 to 23 percent in 2011.

This return to segregation is a return to the original problem: separate and unequal. More specifically, the problem is not that predominantly Black and Hispanic schools exist, but rather that predominantly Black and Hispanic schools continue to face economic, social, and structural challenges that predominantly white schools do not. Most schools serving majority nonwhite student populations are in low-income areas, and due to funding systems that rely on property taxes to finance education, these schools receive much less money. A report from Edbuild estimates that school districts serving mostly students of color receive $23 billion less than districts serving equal numbers of white students.

Just as desegregation produces positive results for students of color, the shift away from re-integration produces noted declines for them. In the study “Ending to What End? The Impact of the Termination of Court-Desegregation Orders on Residential Segregation and School Dropout Rates,” researcher David D. Liebowitz found that in districts that discontinued integration programs, dropout rates immediately jumped for Black and Hispanic students compared to those districts where programs remained intact.

Much of segregation, whether in schools or neighborhoods, traces back to a history of discriminatory policies. For example, redlining, the practice of denying loans to people of color trying to purchase homes in predominantly white neighborhoods, prevented many families of color from moving into areas with well-funded schools.

Overcoming such legacies has proven a painfully slow process. However, some leaders in education point to solutions that can help address problems of inequity even if they can’t change segregated housing patterns. San Antonio Independent School District’s Diverse by Design program has set into place several initiatives to bolster integration in schools including:

In addition to these solutions, educators can use classroom strategies to help offset the negative effects of segregation. Founding principal of Maya Angelou Public Charter School in Washington, DC, Nataki Gregory argues that even though public policy and systemic racism have caused segregation, “culturally relevant teaching practices, teacher coaching and strategic use of technology could help us overcome the barriers that our neighborhoods present to desegregation.”

In the article “4 Ways Teachers in Segregated Classrooms Can Desegregate Their Students’ Learning,” Gregory presents ideas to offset the effects of classroom segregation. Some of them include:

Tackling challenges like classroom segregation calls for well-prepared leaders. To ensure all students have access to schools where they can grow and thrive, educators must know how to disrupt the status quo with creative solutions to problems and inequities.

The Atlantic, “School Segregation Is Not a Myth”

The Atlantic, “There’s a Generational Shift in the Debate Over Busing”

Educational Evaluation and Policy Analysis, “Ending to What End? The Impact of the Termination of Court-Desegregation Orders on Residential Segregation and School Dropout Rates”

The National Coalition on School Diversity, “School Integration and K-12 Outcomes: An Updated Quick Synthesis of the Social Science Evidence”

The 74, “Gregory: 4 Ways Teachers in Segregated Classrooms Can Desegregate Their Students’ Learning”

The 74, “12 Things to Know About School Segregation — and How Integration Helps Students”

The University of Texas at Austin, Texas ScholarWorks, Remarks on Bussing by Shirley Chisholm (Excerpt)

Vox, “The Data Proves That School Segregation Is Getting Worse”

The Washington Post, “What Black Students Who Were Bused Said About Their Experiences”