Pros and Cons of Year-Round School 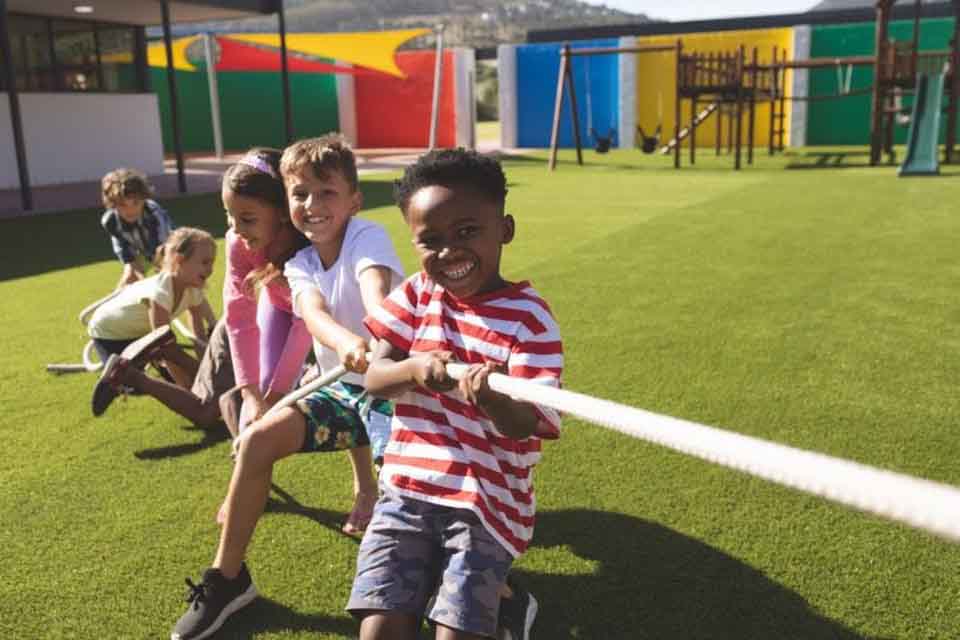 Is the traditional 10-month school year, starting around Labor Day and ending at the beginning of summer, still relevant? Year-round school, an alternative format, may offer valuable benefits. Examining the pros and cons of year-round school gives insight into why some education leaders push for its adoption while others argue for sticking to the traditional 10-month schedule.

Many people think of the school year as starting in August or at the beginning of September and continuing for 10 months. Students get a summer vacation, as well as breaks in winter and spring.

This format has a long tradition. Some link it to our nation’s agrarian roots, saying it dates back to times when the US economy was based on farming and harvest cycles. Others observe that actual harvesting cycles don’t require long summer breaks. They suggest this extensive time off is more likely the legacy of wealthy urban dwellers leaving the city for long periods to escape the heat.
Now, however, some districts are adopting a year-round schedule. What’s the difference? Year-round schedules still offer students 180 days of instruction, but those days are spread out over 12 months. After learning blocks, schools break for sessions that last weeks rather than months. Although the idea has been around for a long time, the change to year-round school has not been widely implemented. Today, 10 percent of students in the country attend schools that have adopted year-round schedules in 46 states and the District of Columbia.

What exactly do year-round schedules look like? Some popular alternatives to the traditional schedule include the 45-15, 60-20, and 90-30 plans.

On the 45-15 plan, students attend school for 45 days, followed by 15 days off. Schools still close for certain holidays that are built into the calendar. In all, students attend four 45-day sessions over 12 months.

On the 60-20 plan, students attend school for 60 days, followed by 20 days off. Schools close for holidays that are built into the calendar. Instead of four learning blocks, students learn during three 60-day blocks scheduled over the course of the year, separated by four weeks of vacation.

After each learning block in the 45-15, 60-20, and 90-30 plans, schools may offer intersessions. Intersessions serve the same purpose as summer school, offering extra help and specialized programs for either full or partial days.

For students struggling with classwork or failing a class, intersession remediation can help. During these sessions, teachers review and reteach the material covered earlier, giving students the chance to pass classes they are at risk of failing. Remediation can focus on everything from building basic literacy and math competencies to developing essential study skills.

Intersessions can also offer enrichment or accelerated courses, allowing excelling students the opportunity to push themselves to the next level. Depending on the grade level, enrichment could range from SAT prep to foreign language immersion to programs that have students plant a school garden while learning about conservation. Schools might also use these sessions for new student orientations or class trips.

Intersession schedules vary according to school. However, they might feature morning classes, a lunch break, and then extracurricular activities in the afternoon. Intercessions may also offer half-day schedules that end midday.

When considering such a high-level change, educators must look at both the pros and cons of year-round school. Supporters of year-round schedules argue that the schedule’s benefits justify its nontraditional nature.

Advocates of year-round education argue that students forget information they’ve learned in language arts and math over long summer breaks—the so-called summer slide. Shorter breaks can help students retain material learned while school is in session. Proponents also suggest at-risk students do better in year-round schedules. Some research suggests that by the ninth grade, summer learning losses account for two-thirds of the achievement gap between low- and middle-income students. However, much of the research is still inconclusive.

In a four-track system, only three tracks of students are on campus at a time. For example, a school with 1,000 seats could implement four tracks of about 333 students each. The school could rotate all four tracks in and out, thereby increasing enrollment capacity by about 25 percent.

Tracking can save districts the expense of constructing new schools and allows districts to make better use of the resources they already have. However, tracking can also create logistical hurdles. For example, with school buildings in constant use, administrators need to find alternative places to conduct intersessions—or forgo them altogether. Families with children who don’t follow the same schedule can encounter issues with scheduling child care or family vacations. Additionally, tracking may split up student cohorts, in this way disrupting social relationships and a sense of school community.

A traditional school year doesn’t give students much time to review concepts if they fall behind; however, year-round schedules with intersessions allow time for interventions that help struggling students catch up.

Despite the benefits of year-round school, challenges are inevitable. Following are some of the key concerns surrounding making the switch.

Perhaps the biggest challenge of implementing year-round school is overcoming the doubts and concerns of participants, namely families and teachers. Understandably, supporters of year-round school may face challenges when it comes to buy-in.

Parents, for example, may demand more information about the benefits of year-round school to their children before they agree to a schedule change. Similarly, teachers may question how year-round schedules will affect their workload or compensation. School administrators may need to work closely with teachers’ unions and parent associations to make sure such concerns are addressed.

Keeping a campus running at full capacity the entire year can be challenging. Districts need to address the issue of schools that lack air conditioning and may need to pay for higher energy consumption during the summer months.

Explore a Career as an Education Leader

Leaders in education continue to weigh the pros and cons of year-round school. As schools struggle to overcome achievement gaps and guarantee an equitable education to all students, educators continue to look for policies and approaches that can improve student learning.

Explore how the Online EdD in Education Policy and Leaderships from American University equips leaders with the skills needed to tackle the greatest challenges in education.

What Is Systems Thinking in Education? Understanding Functions and Interactions in School Systems

Business Insider, “Year-Round School Is Booming—But Its Benefits Are Over-Hyped”

Education Week, “Is It Time to Reconsider the Year-Round School Schedule?”

The Edvocate, “Year-Round Schools: 10 Things That You Should Know”

The Hour, “Editorial: Does Year-Round Schooling Add Up to Better Learning?”

Scholastic, “The Pros and Cons of Year-Round Schools”