Home / Blog / STEM vs. STEAM: Why One Letter Matters

STEM vs. STEAM: Why One Letter Matters 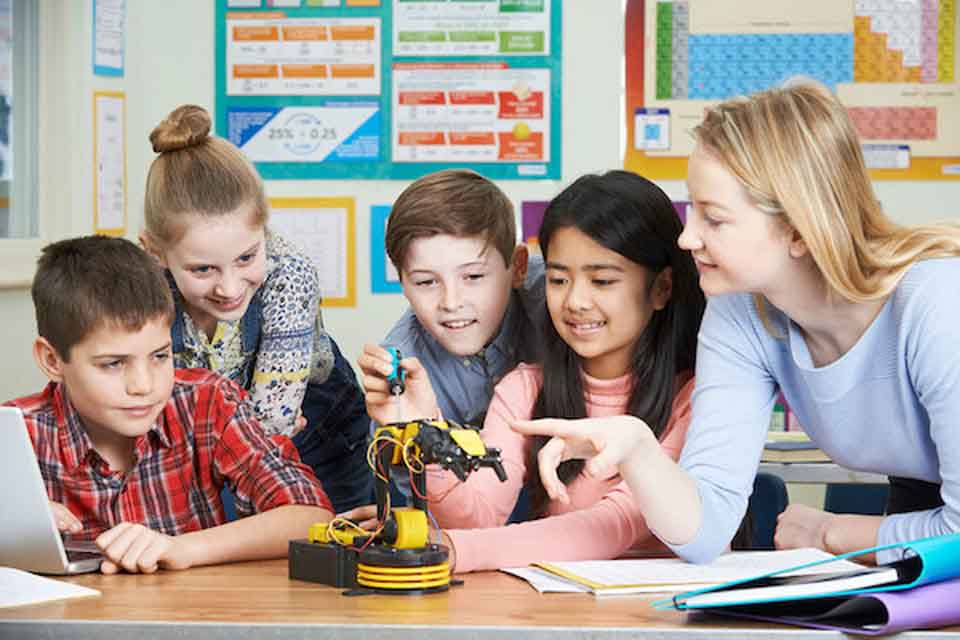 There has been a widely held view that an education grounded in science, technology, engineering, and mathematics (STEM) leads to professional and personal success; however, the added emphasis of the study of arts to that equation is gaining momentum—stretching the acronym to STEAM.

In this article, we’ll delve deeper into the debate of STEM vs. STEAM.

The Origin of STEM

Dr. Judith Ramaley is credited with launching the STEM-centered approach to education. While developing curricula for the National Science Foundation (NSF) in 2001, Dr. Ramaley wrote to a colleague that it was “impossible to make wise personal decisions, exercise good citizenship, or compete in an increasingly global economy without knowledge of science and the ability to apply [it] thoughtfully and appropriately.”

Since then, schools and universities throughout the United States and other countries—including China, Australia, the United Kingdom, France, and Taiwan—have adopted STEM-focused curricula. The specific STEM disciplines, according to the NSF, are engineering, math, biology, psychology, economics, agricultural sciences, and other behavioral sciences.

STEM-only proponents argue that a STEM-educated workforce is vital to the generation of new ideas, flexibility, and critical thinking. Some reports suggest that women in particular have reaped the benefits of a STEM education. According to the Pew Research Center, women may be underrepresented in some STEM careers but are excelling in others and either “matching or exceeding their share in the overall US workforce.” Specifically, women make up three-quarters of health-care practitioners and technicians.

The focus on STEM has also provided the United States with a tenuous advantage in science and technology. According to the latest report from the NSF’s National Science Board, while the United States is indeed the global leader in science and technology, that lead is shrinking as other countries—most notably China—continue to make strides. For example, China has increased its investments in research and development (R&D) by an average of 18 percent since 2000, compared with the United States’ growth of only 4 percent over the same timeframe.

Considering all of that, is a STEM-focused approach really the only pathway to personal and professional success? There are plenty of real-world examples that demonstrate why a STEAM education can provide a student with a more well-rounded knowledge base.

In a recent article for The Washington Post, noted engineering professor Vivek Wadhwa pointed out that some of today’s most renowned innovators hold degrees in STEAM education disciplines:

“An engineering degree is very valuable,” Wadhwa writes, “but the sense of empathy that comes from music, arts, literature, and psychology provides a big advantage in design. … A psychologist is more likely to know how to motivate people and to understand what users want than is an engineer who has worked only in the technology trenches.”

When making their own choices in the STEM vs. STEAM education debate, states throughout the country can take advantage of more flexibility to incorporate arts and music education into their K-12 curricula. With the passage of the Every Student Succeeds Act in 2015, states were mandated to provide their students with a “well-rounded education” as part of their accountability review systems.

A recent study funded by the National Endowment for the Arts found that a knowledge base and appreciation for the arts stemming from a STEAM education approach actually translated into a more accurate pathway to college. The study tracked participants from their sophomore year of high school year to their mid-20s. The key findings from the study confirmed that arts students were:

In other words, there was no penalty for students who opted to pursue an interest in the arts.

“[When parents ask me] whether it is best to steer [their children] into science, engineering, and technology fields,” Wadhwa writes, “I tell them that it is best to let them make their own choices. … [Parents] should encourage their children to pursue their passions and to love learning.”

The STEM vs. STEAM debate has brought into focus the importance of studying the arts. With a STEAM education, students can explore a broader range of interests; some may naturally excel in science and technology, and others may enjoy exploring their artistic side. Parents should recognize the value of encouraging their children to develop their own unique talents — in whatever discipline it may be — and be supportive of their choices in education and career.

US Department of Education

The National Endowment for the Arts