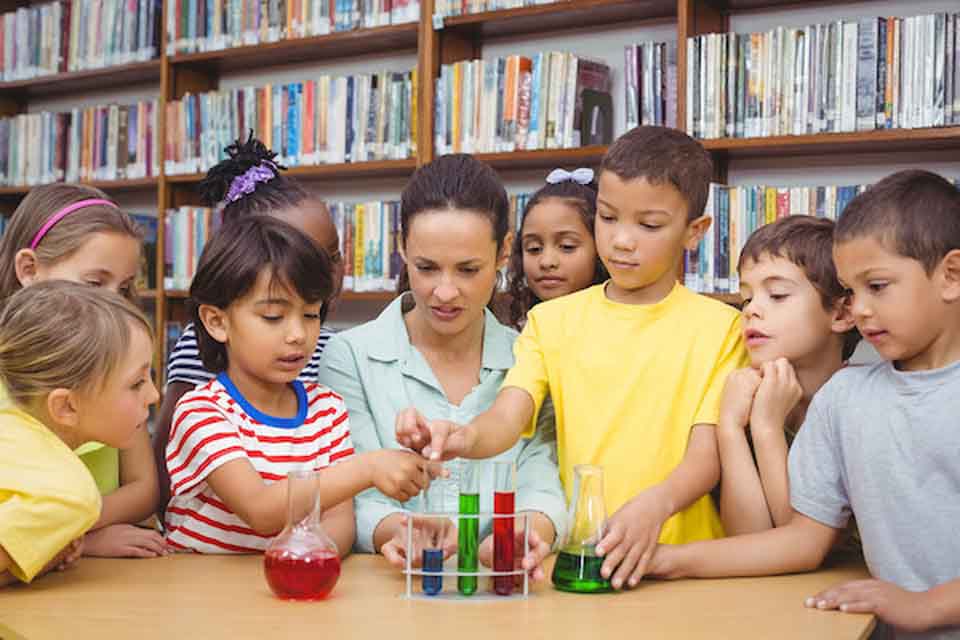 On the days she was scheduled to teach a lesson, Victoria Daniels would often get to the classroom early. She’d take a seat toward the back of the room and observe the students in their desks, under colorful posters declaring that dreams were achievable and knowledge was power. But the enthusiasm of those posters made her heart sink; they stood in such contrast to the scene before her: students leaning on their desks, with their heads bent down toward glowing cell phones. This is their chance, she’d think to herself, to discover passions and prepare to plug themselves into society—and to avoid the school-to-prison pipeline that disproportionately ensnarls students of color like the ones sitting in front of her. Daniels would squirm in her seat, eager to take over at the front of the room. Eventually, she started dreaming about taking over much more than a single classroom.

“I wanted to help re-energize those students and introduce them to the potential that comes from gaining a great education,” Daniels says. “I want to help them avoid the scenario where they’re out of school, they’re caught up in the system, and they don’t feel like they have any choice after that.”

Daniels found herself in these classrooms because of her role as an instructor with College Tribe, a mentoring program that uses lessons in STEM (science, technology, engineering, and math) to strengthen the prospects of third- to eighth-graders. Daniels would watch each classroom come to life over Lego robots that the students would build and then “teach” to travel across their desks. Suddenly, those posters on the walls didn’t seem out of place anymore. “It was like they were completely new students,” Daniels says.

She started to realize the problem she wanted to solve was greater than any one classroom. Her real aim was educational reform: having a hand in reforming curricula and getting more programs like this one installed in schools, particularly in urban areas where the school-to-prison pipeline is strongest.

But how would she get there? At first, Daniels figured law school would be the obvious answer for anyone interested in implementing policy reform at the highest level; however, the student loan debt required to pursue that route gave her serious pause. The advice she received from mentors backed up her instinct.

“I talked to a lot of attorneys who said, ‘Do not accrue this debt and stress yourself out if being a lawyer is not your passion,’” Daniels recalls. “They told me, ‘Today’s world provides so many opportunities for you to create a path to your passion; any particular path is not the only way to get to a destination.’”

As soon as Daniels widened her graduate school search, she discovered American University’s MEd in education policy and leadership. As she perused the courses and noted the focus on education policy, Daniels realized that, in fact, she had found a clear route to pursue that could lead to her ambitious career goals.

“Ever since entering the program at American, it’s just been getting better,” Daniels says. “I’m currently taking Education Law and Policy, and they’re touching on everything that I wanted to touch on when I thought I wanted a law degree.”

Daniels is more confident than ever that those hopeful posters watching over the students she used to teach can indeed apply to them—and to her own bold career ambitions, too. At American, the path forward is coming into clearer focus every day.

“You come into this program, and you think, oh, we’re all probably going to end up in the Department of Education,” she says. “But that’s not the case. We have so many options, and American is very quick to connect you with somebody who can help you broaden your horizons.”