Home / Blog / How to Become a Superintendent

How to Become a Superintendent 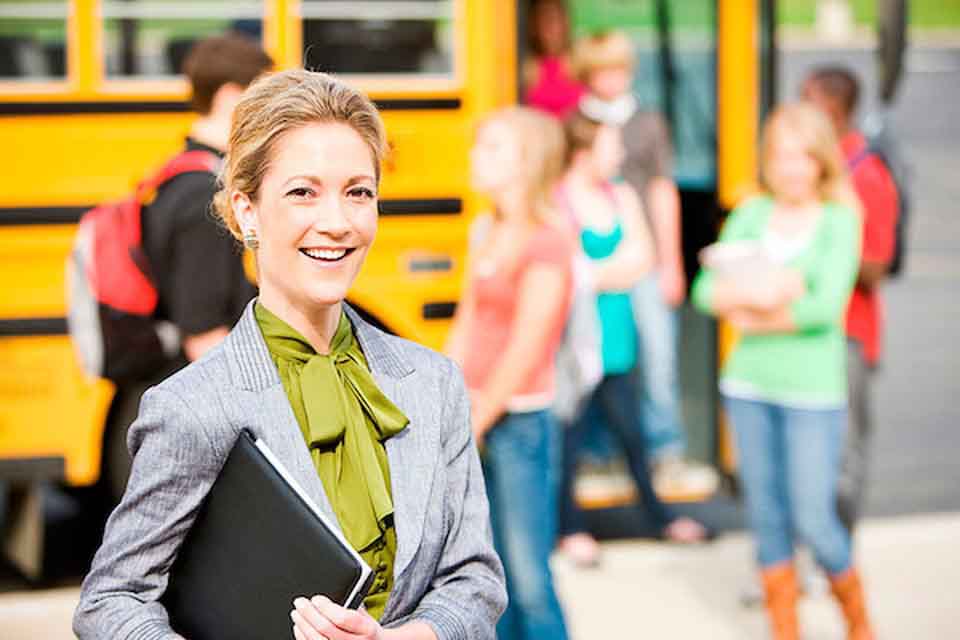 Education professionals who are interested in having an impact on a scale larger than a single classroom or school have an intriguing career option. They could look into becoming the superintendent of a school district. As the top official for the entire district, a superintendent may oversee a wide variety of administrators and institutions. In a rural area, a superintendent may only be responsible for a handful of schools. On the other hand, in a major metropolitan area such as New York or Los Angeles, superintendents may be in charge of hundreds of schools serving upwards of one million students.

While superintendents have notable power and control over the districts they run, there is no set national standard or path toward becoming a superintendent. Each state sets its own requirements. However, there’s no doubt that an advanced education degree such as a doctorate in education (EdD) can help put aspiring candidates in the right place to become a superintendent.

What Does a Superintendent Do?

The superintendent has two main areas of focus. First, they make sure all schools under their control are functioning as best as possible. Second, they serve as a liaison to the greater community as the de facto face of the district. The primary function of the superintendent’s position is to manage the district’s operations, including overseeing district administrators, helping set the curriculum, and reporting back to the local elected board of education (the governing body that appoints the superintendent).

Superintendents also are responsible for the district’s budget and monetary affairs; distributing funds across the school systems. In some states, teacher salaries match a schedule, while in others, superintendents help set them. Wherever they work, superintendents make sure to keep spending under control while not neglecting facilities or extracurricular activities.

Operating such a large and crucial part of the community means the superintendent must also engage with the public, including organizations such as police and firefighters, cultural and religious groups, and more. A strong superintendent will be keenly aware of community issues and interests, and will align their district’s educational goals to match the community needs.

Ideally, a superintendent will remain forward-thinking and progressive on issues related to education, from new technologies and methodologies to the impacts of socio-economics on the student body. In addition, the superintendent helps to set a curriculum that meets the latest state and federal standards. The objective is to ensure success in the classroom, on standardized tests, and as students apply their education to real-world scenarios.

Depending on the size of the district, the superintendent will likely delegate tasks to assistant superintendents, principals, and other high-level members of the school district, always keeping an eye on the big picture.

Steps to Become a Superintendent

Each state sets different guidelines and qualifications for how to become a school superintendent. For instance, in Colorado, teachers and administrators only need a bachelor’s degree, as well as several years of experience in the education field. In Texas, candidates must possess a master’s degree while also meeting additional eligibility requirements for a principal’s certificate. Superintendents in Pennsylvania need only a bachelor’s degree, but should have six years of experience in a school, three of which must be in a supervisory or administrative role––or a graduate degree in either business, finance, or management.

These are just a few examples of the many ways in which a candidate may become a superintendent. For those interested in this role, the best strategy is to follow one of two likely broad paths.

While superintendents may come from a variety of backgrounds, the most common route is to enter through the education field. Typically, a bachelor’s degree in education or a related major leads to a job working in a school, most likely as a teacher. This provides a few years in the classroom to understand how big-picture educational goals impact each learning situation. Most superintendents spend some years in the classroom, which means they are equipped not only with a bachelor’s degree, but with a teaching license for the state in which they work.

Then comes a move into an administrative role as an assistant principal or as a principal, gaining experience as an executive and making big-picture decisions. As a principal, aspiring superintendents learn how to manage an organization, set and meet goals, and meet state and federal regulations while still working directly with students in a school environment. An advanced degree, such as an EdD, will help establish the strong leadership experience necessary to make the successful leap into administration. Before becoming a superintendent, a candidate may also shift from school administration to the school district office as an assistant superintendent, or perhaps in a role managing finances or curriculum.

When exploring how to become a superintendent, several states and municipalities may offer job paths that go outside of the traditional education track. From 2002-2010, New York City had a former assistant attorney general, Joel Klein, run its public schools. Austin Beutner had only a bachelor’s in economics and was a financial analyst and investment banker before becoming deputy mayor of Los Angeles in 2013. He was eventually appointed to run that city’s school district in 2018. In light of this, other states are now becoming open to the idea. In 2018, Maryland’s school board voted to allow the appointment of non-educators to superintendent positions. Still, most states require that school superintendents have a degree in education and a teaching license, so a traditional path remains the most likely way to land a career as a superintendent.

These alternative paths are varied, and none provide a clear-cut route to a superintendent role. Perhaps the best option for those who are passionate about making an impact on the education field is to remain within the traditional route and earn an advanced degree, such as an EdD.

Salary of a Superintendent

The salary for a superintendent can vary based on district size and budget, geographic location, and experience. The average superintendent earns $97,440 per year, according to the latest data from the U.S. Bureau of Labor Statistics (BLS). The bottom 10 percent of superintendents make at or below $60,000 per year, while the top 10 percent make $140,000 and above. The highest mean wages can be found in Connecticut and New Jersey ($128k), followed by New York ($124k) and California ($118k). The lowest mean wages are found in Idaho, South Dakota and West Virginia; none of those states have average superintendent salaries above $79,600.

The number of public schools in the United States rose from 83,100 to over 98,000 between 1988-2016, according to data from the National Center of Education Statistics. But over that same time, the number of school districts actually decreased from just above 15,000 to 13,500, though the number of districts has remained roughly the same since 2010-11. What this means is the job market for superintendents will only get more competitive, indicating a strong need for well-educated, highly experienced candidates.

Learn More about Becoming a Superintendent

Superintendents have the ability to influence education policy and help students throughout an entire town or city, affecting thousands if not millions of lives. Those interested in how to become a superintendent would do well to explore an advanced degree such as an EdD from American University’s award-winning program.

San Diego Union Tribune, “A Day in the Life of a School Superintendent”

ThoughtCo, “Examining the Role of an Effective School Superintendent”