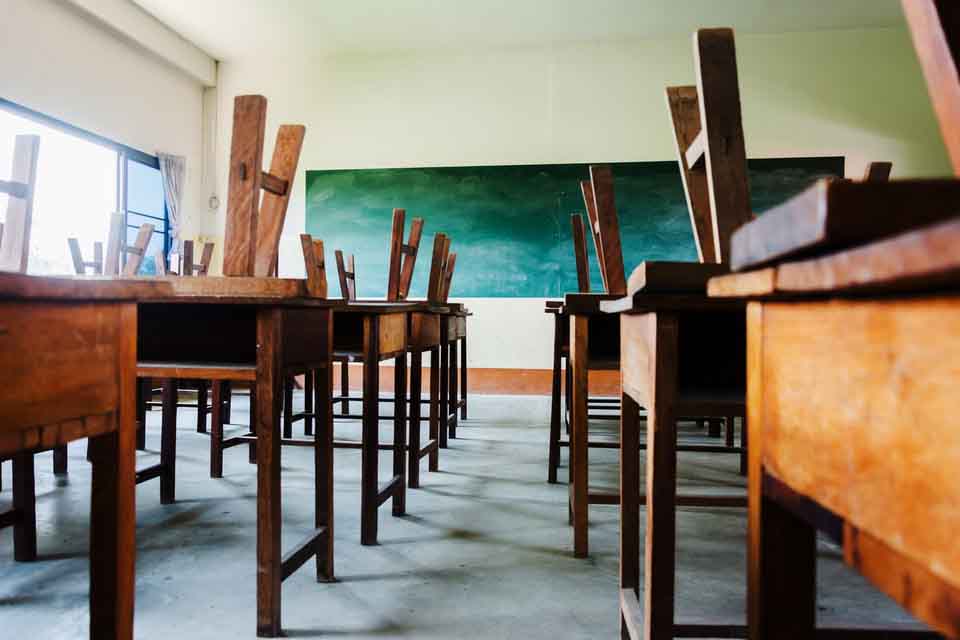 Millions of students and educators in the US grapple with disparities in their schools on a daily basis. The harsh reality is some schools have the benefit of quality buildings and facilities, while others must make do with leaking ceilings and makeshift gymnasiums. Some schools provide up-to-date instructional materials and equipment, while others have outdated computers and textbooks. It’s no wonder that achievement gaps exist when the playing field is so uneven. What accounts for these dramatic differences, and how can they be fixed?

While no single factor creates these stark contrasts, inequality in public school funding certainly contributes. Addressing the unfortunate disparities in public education requires taking a hard look at gaps in funding, among other things, and coming up with solutions that ensure public education in the US gives all students the opportunity to reach their full potential.

Despite the intense challenge and years of failed policies to eliminate deep inequities in public education, funding reforms have the power to shift the status quo. Some states and local districts have already revised their funding systems and made significant strides in student achievement as a result. By examining such successes, other policy makers can adopt strategic changes and help ensure US public schools give every student a quality education.

The Flaws of the Current Funding System

The financing systems of public schools in the US ensure that community wealth disparities carry over into education. By relying largely on property taxes to fund schools, which can vary widely between wealthy and poor areas, districts create funding gaps from the word go. Affluent areas end up with well-funded schools and low-income areas end up with poorly funded schools. District sizes also distort funding levels. Predominantly white districts are typically smaller, yet still receive 23 billion more than districts that are predominantly students of color, according to a recent EdBuild study. This results from the tendency to draw district lines around small affluent islands of well-funded schools within larger poorer areas that serve mostly students of color.

Smaller districts offer more local control which can encourage more investment in education since the investment is directly observable in a person’s community. However, local funding and locally controlled school systems tend to create perverse incentives that lead to inequitable outcomes.

The current funding approach across most of the nation leaves schools serving low-income and minority students at an inherent disadvantage. Despite additional funding from states meant to offset these differences, the budgets of low-income districts typically fall very short of reaching anything comparable to that of their wealthier neighbors.

According to the Education Trust’s analysis “Funding Gaps 2018,” school districts with the greatest concentrations of black, Latino, or Native American students receive around $1,800 less per student than districts educating the least students of color. Between low-income and high-income areas, the funding difference is $1,000 per student.

Spending differentials exist both between states and within them. For example, the same analysis found that surrounding suburban counties outspent Chicago by more than $10,000 per student. Despite these dismal reports, some states have chosen a different path, implementing measures to ensure the districts with the highest levels of poverty receive more equitable funding.

The Debate Over Funding

Some debate whether funding makes a difference in student achievement, including the Secretary of Education, Betsy DeVos, who argued before a Senate committee, “The notion that spending more money is going to bring about different results is ill-placed and ill-advised.” However, mounting data suggests otherwise.

Numerous studies have found that the benefits of increased funding can include improved test scores, higher graduation rates, and increased earnings for students in adulthood. For example, a review of research conducted by Northwestern University economist C. Kirabo Jackson demonstrates substantial benefits to spending more money on schools and students including:

Another important study involving Jackson projected that by increasing per pupil spending by 22 percent during low-income students’ years in school, states could completely eliminate the achievement gap between children from affluent and economically disadvantaged homes.

The Center for American Progress’s article “A Quality Approach to School Funding” discusses research that found reforms to school financing that were focused on allocating more money to low-income schools managed to reduce achievement gaps by 20 percent on average. On the other hand, cuts to school budgets tend to have a deleterious effect on student achievement. A study by the American Educational Research Association found that counties who made significant cuts to their school funding after the Great Recession saw steep declines in student achievement, most notably among economically disadvantaged students.

Inequities in education are not inevitable. States and districts can adopt policies that distribute money in ways that alleviate inequality in public school funding and level the playing field. For example, to correct local funding inequities, states can create formulas to calculate additional funds for districts with less capacity to support schools due to lower property values. Some states already use this approach. However, it’s critical that states scientifically validate and weight their formulas according to student needs. Additionally, states must ensure they meet their own targets for sufficient and equitable funding.

In Utah, districts serving low-income students receive approximately 21 percent more than districts serving affluent students, according to The Education Trust. The states of Ohio, South Dakota, and Georgia, among others, also give more money per student to high-poverty districts.

Funding practices that have produced notable differences in student achievement include:

Several states have undertaken reforms based on these practices and, in turn, have narrowed achievement gaps. Massachusetts, Minnesota, and New Jersey, for example, have instituted the following changes based on the practices mentioned above:

How have these reforms played out? Studies suggest they’ve been worth it. Since implementing changes, Massachusetts has received the number one educational ranking in the nation, according to the Learning Policy Institute. Perhaps even more encouraging is New Jersey’s ascent. After shifting its funding practices, the state, whose population is majority minority, ranked second in the nation for eighth grade reading and fourth for eighth grade math. Minnesota also raised its national ranking in eighth grade reading and math after adopting changes to its funding policies.

Michigan has also worked to address inequality in public school funding. The state has centralized school funding and equalized funding levels across the state. Few funding differences exist between districts, regardless of their racial and economic backgrounds. Michigan’s average per-student spending, however, falls behind the national average. This may reflect the reduced incentive mentioned earlier to invest in school funding when it’s spread out across a system and less readily seen.

Increased Federal funding can help as well. Title I, the largest Federal funding program in education, aims to deliver additional resources to students in poverty. However, the research community generally agrees that Title I needs substantial reform. In addition to making more money available for the program, the Federal government can revise the funding formula to better target high-need districts. It can also redesign the oversight system so it doesn’t unnecessarily burden states or lead to ineffective use of money simply to comply with Title I regulations.

Finding solutions to the challenges in education and bringing equity to all students takes innovation and devotion. Those inspired to tackle issues such as inequality in public school funding need the right expertise. By pursuing an advanced degree in education, educators can develop the skills required to conduct the critical research and develop the evidence-based curriculums needed to close achievement gaps and help all students thrive.

Discover how American University’s Doctorate in Education Policy and Leadership empowers educators to create equitable learning environments and ensure all students have the opportunity to achieve their greatest potential.

EdD vs. PhD in Education: Requirements, Career Outlook, and Salary

What Is Education Policy? A Peek Behind the Curtains

Center for American Progress, “A Quality Approach to School Funding”

Chalkbeat, “Does Money Matter for Schools? Why One Researcher Says the Question Is ‘Essentially Settled’”

Learning Policy Institute, “Why Our Education Funding Systems Are Derailing the American Dream”

National Bureau of Economic Research, “Does School Spending Matter? The New Literature on an Old Question”

NEA Today, “Have Lawmakers Learned Anything from the Great Recession?”

United States Commission on Civil Rights, “Public Education Funding Inequity in an Era of Increasing Concentration of Poverty and Resegregation”