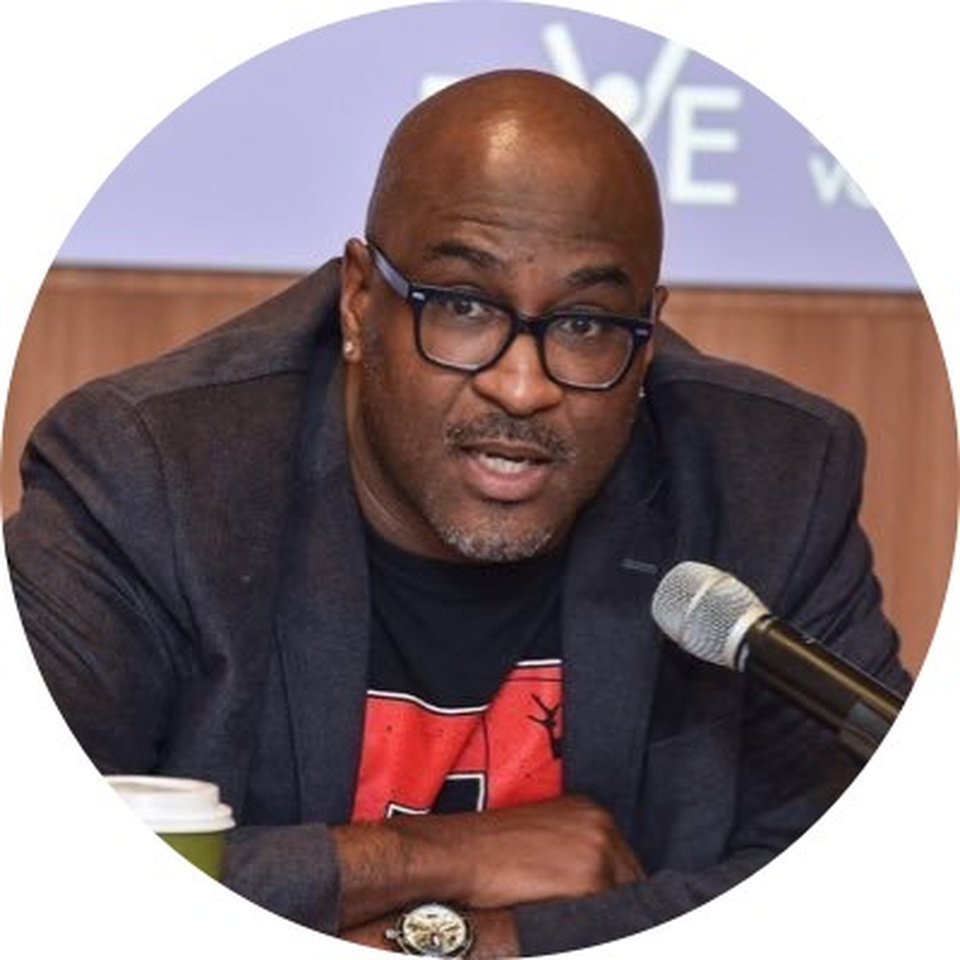 Robert Simmons III, EdD is a Senior Professorial Lecturer of Education Policy and Leadership in the School of Education at American University. His research focuses in three areas: Critical Race Theory, the Black experience in American schools and communities, and the intersection between antiracism and the Black leadership experience in education, community leadership and nonprofits. Robert has delivered workshops and keynotes throughout the United States and Europe, and been featured on CNN, the Kojo Nnamdi Show (DC), the Marc Steiner Show (Baltimore) and the Pulse with Karen Dumas (Detroit)—as well as other media outlets in Detroit, Los Angeles and Washington DC. During his career, Robert has served in senior leadership roles in the nonprofit sector and a large urban school system. Dr. Simmons was the Director of the Center for Innovation in Urban Education and Institute for Urban Catholic Education at Loyola University Maryland. As a tenured associate professor of urban education and science education, with a joint appointment in African/African American Studies, Dr. Simmons served as a research associate at the Baltimore Education Research Consortium at Johns Hopkins University. Dr. Simmons has published his work in numerous journals, including Urban Education, the International Journal of Critical Pedagogy, and the Journal of Education and Social Policy. Additionally, Robert has authored various technical and policy reports focusing on racial justice in schools, and the role of philanthropy in the Black community. His next book, Interrupting the School to Prison Pipeline: African American Males as Critical Scholars and Intellectuals, is part autobiographical reflecting on his fathers’ incarceration while offering insights into the educational experiences of African American males.

A former middle school science teacher in the Detroit Public Schools, Robert was nominated twice as the Walt Disney National Teacher of the Year and once for the Whitney and Elizabeth MacMillan Foundation Outstanding Educator Award. Additionally, Robert was the first non-full time faculty member to receive the Faculty of the Year of the Year Award from the Graduate School of Education at Hamline University. As a fellow with the Woodrow Wilson Fellowship Foundation and the Fulbright Memorial Fund, Robert traveled to Costa Rica and Japan to study educational systems and conduct environmental research in the rainforest. Currently, Robert serves as the national chair of the Diversity, Equity and Inclusion advisory board for FIRST Lego Robotics, a board member for Black Girls Code, and on the leadership council for Echoing Green’s Black Male Achievement fellowship. Selected for the Outstanding Alumni Award from the College of Education and Human Development at Western Michigan University and the BE Modern Man Award from Black Enterprise, Robert has dedicated over 20 years of his professional life to supporting urban youth, their families and the community.