Home / Blog / Discover Your Earning Potential with a Doctorate in Education (EdD): Salary and Growth

Discover Your Earning Potential with a Doctorate in Education (EdD): Salary and Growth 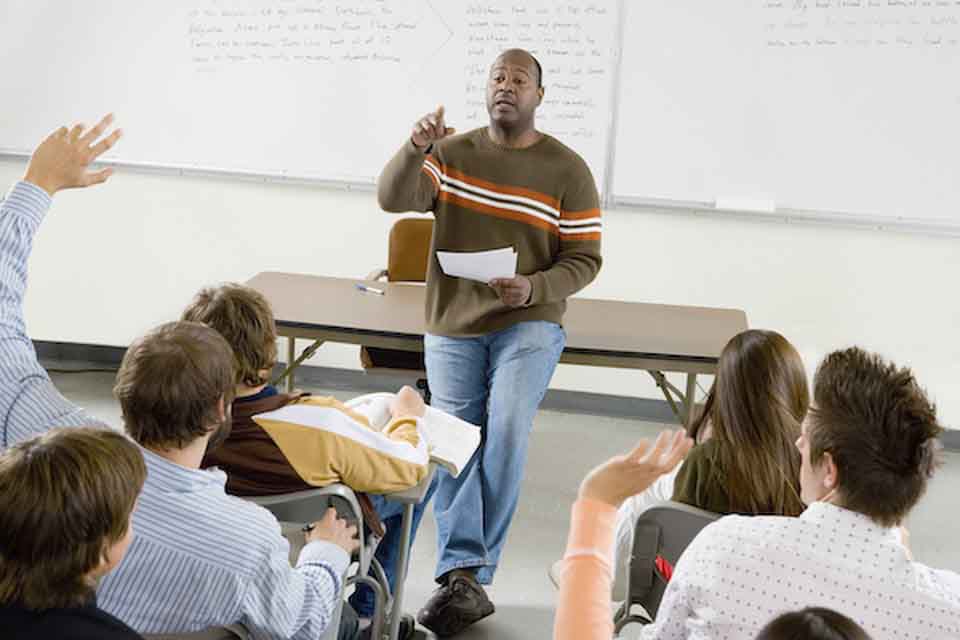 For educators who want to advance within their field or tackle a new challenge, a Doctor of Education (EdD) can lead to new opportunities in numerous professional settings.

Those who earn an EdD from an award-winning program such as American University’s receive in-depth preparation for leadership-level positions in elementary, secondary, and postsecondary education, developing the skills to propagate meaningful change for students of all ages. In addition, a terminal degree often increases earning potential, as a Doctor of Education salary is the result of gaining advanced expertise and experience.

Below are several potential career paths, including the EdD salary and job outlook for each.

Postsecondary education is one potential career path for EdD graduates who want to have a direct relationship with students while focusing on an academic specialty. Along with teaching college courses, professors help develop course content and curricula, research and publish articles, mentor students, and speak at conferences.

The BLS projects the job market for postsecondary educators will continue growing through at least 2026, according to the most recent data. As of 2016, there were over 1.3 million postsecondary teachers in the U.S., and the BLS expects over 200,000 more to join the fold in the following decade—a growth rate of 15 percent. The BLS projects employment in every education category to increase faster than the national average of 7 percent, while health specialties teachers (60,000 jobs, 26 percent growth), nursing instructors (16,300 jobs, 24 percent growth), and business teachers (18,900 jobs, 18 percent growth) have the strongest outlook.

The EdD is a viable jumping-off point to enter postsecondary administration, where professionals oversee components of a college or university. Postsecondary administrators can be deans of colleges or departments, such as admissions and student affairs; work in the registrar’s office; or hold jobs in finance, for example. They are leaders who understand the role they play within the context of a larger institution and are strong multitaskers who oversee numerous projects and areas of focus.

The median postsecondary administrator salary is $94,340, according to BLS data from May 2018, though salaries can vary greatly. The bottom 10 percent make below $54,680, while the top 10 percent earn more than $190,600. There is a slight gap between the median annual salary of administrators working in junior colleges ($90,400) and the median annual salary of those working in four-year colleges and professional schools ($95,910).

The BLS projects the number of available jobs for postsecondary administrators to increase by 18,200, or 10 percent, between 2016 and 2026. That growth rate is faster than both the national average for all jobs (7 percent) and the average for other management occupations (8 percent).

Lead as a School Principal

The leadership tools and values that EdD candidates learn in their advanced studies can pay dividends as an elementary, middle, or high school principal. Often assisted by one or two vice principals, principals oversee all of a school’s operations. Their tasks include approving curricula, making staffing decisions, disciplining students and faculty, fostering community relations, managing the budget, monitoring compliance, and setting goals, to name a few. Because of the far-reaching administrative duties of principals, they typically work year-round to ensure their schools are functioning as effectively as possible.

The BLS predicts the job market for elementary, middle, and high school principals will grow by 8 percent between 2016 and 2016, one percentage point higher than the national average. That growth equates to 19,800 new jobs during that time.

More than 58,000 speech-language pathologists (SLPs) work in elementary, middle, and high schools across the United States, with thousands working in other health and educational services, colleges, and universities. They are an integral part of the education system, helping students manage a wide variety of speech and language challenges, as well as mouth and tongue disorders, all of which impact literacy and learning. Competent EdD candidates with the right credentials and licenses, which most states require to work in a school setting, understand the importance of speech pathologists and how they can effect positive change in the learning environment.

The need for SLPs is continually growing. The BLS projects a market increase of 25,900 jobs by 2026—an 18 percent jump from the 145,100 jobs that existed in 2016. The BLS projects 39 percent of the new jobs will be within local, state, and private educational services, including elementary schools, secondary schools, junior colleges, colleges, universities, and professional schools.

Work with Children as a Child Care Director

A terminal degree might not be necessary to run a child care center, but directors with an EdD can be a huge benefit to organizations thanks to their combination of education and leadership training. Getting involved in early learning means working with students during their formative years—perhaps the most vulnerable and important stage of their lives. Child care director responsibilities include staffing and training, setting standards for their schools, and communicating with parents.

The median salary for preschool and child care directors who work at a day care is $46,310, according to the BLS. Those who work with religious organizations have a slightly higher median salary ($51,170), while those who work in state and private elementary and secondary schools earn the most (median of $67,540).

Learn More about Your Earning Potential with a Doctorate in Education

When you earn a Doctor of Education, salary increases are among the numerous benefits you may experience, in addition to developing advanced knowledge and leadership skills. Earning an EdD means learning what it takes to become a manager in the education field, with the option to apply that experience in a variety of ways and settings. An award-winning program such as American University’s Doctorate in Education can be a door to greater opportunities in the field you want to pursue.