Home / Blog / How to Be an Anti-Racist Educator

How to Be an Anti-Racist Educator 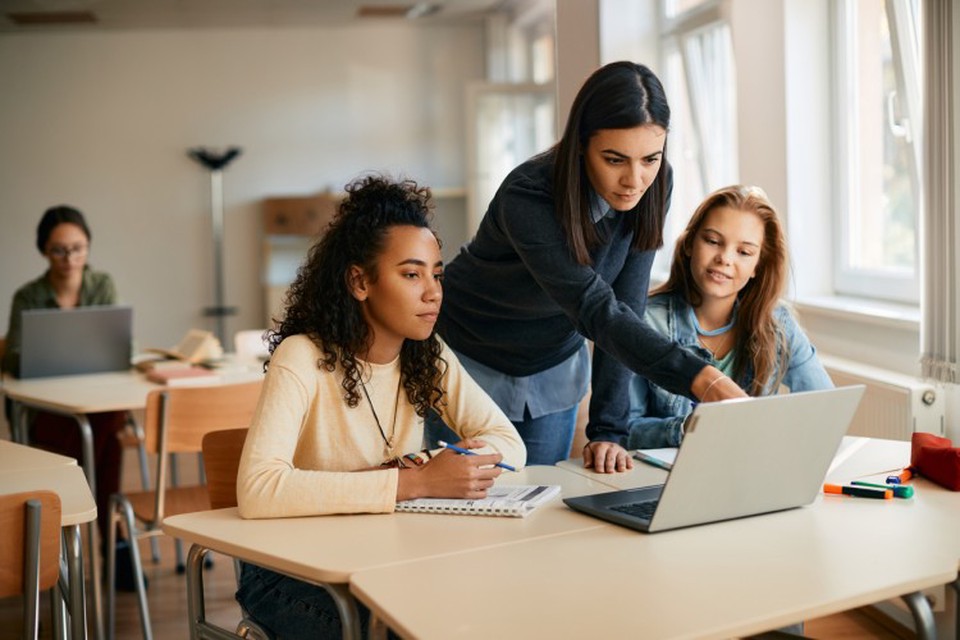 “In a racist society, it is not enough to be non-racist; we must be anti-racist,” scholar-activist Angela Davis says. Being an anti-racist educator means engaging in ongoing self-reflection, as well as advocacy for equity and social justice both in and outside of the classroom.

Educational leaders can learn how to be an anti-racist educator and explore the ways that both individual and collective action can make a difference in our educational systems.

Why Do We Need Anti-Racist Educators?

In 2021, at least half of all Black, Asian, and multiracial high school students surveyed reported experiencing racism in their lifetimes, according to a study cited by the Centers for Disease Control and Prevention.

The actual percentage may be even higher. As described by the National Museum of African American History and Culture, “In a society that privileges white people and whiteness, racist ideas are considered normal throughout our media, culture, social systems, and institutions.” This speaks to the need for fighting against racism in all its pernicious forms.

To do the ongoing work of anti-racist education, teachers and educational leaders need to understand racism as it shows up in educational contexts.

In the United States, the cultural narrative around racism often focuses on beliefs, attitudes, behaviors, and actions of individuals who spur racial inequality. Examples in schools include a science teacher who tells racist jokes in class and a special education teacher who provides less support for students of color compared with their support for white students. Educators should take steps to recognize and address their individual racism and implicit bias.

Individual racism can be unconscious, which is why understanding implicit bias is important. Multiple studies show that most Americans hold stereotype-confirming, subconscious attitudes that cause them to perceive people of color in a negative way. False stereotypes about Black students as prone to misbehavior can lead teachers to incorrectly interpret a Black first grader’s assertiveness as bad behavior.

Because this bias comes from, and is reinforced by, our culture and media, individuals may unintentionally harbor implicit bias—even while they consciously disavow racism. (Put another way, a person may say they’re not racist but still have unconscious biases and associations about people from specific racial groups.) This means implicit bias is often difficult to uncover and recognize in oneself.

One approach to fighting racism, then, involves pushing back against the racist stereotypes that pervade our culture—and our educational systems. Recognizing one’s own implicit biases isn’t enough. Exposure to “counter-stereotypic examples” (e.g., routinely watching media that show Black people as experts, such as accomplished astronauts and surgeons) can have some effect on chipping away at implicit bias, according to psychologists interviewing with PBS.

Unlearning and overriding implicit biases takes time, effort, and intentional design. For example, anonymizing student work before grading it and using apps to randomly call on students can circumvent some biases a teacher may have and can put students on a more even playing field.

Students of all ages can learn about anti-racist aims and engage with educational material that encourages the active critique and dismantling of behaviors, designs, and institutional practices that exacerbate racial inequality.

After the killing of George Floyd and the Black Lives Matter protests that punctuated the global COVID-19 pandemic, many schools and organizations rallied to create anti-racist curriculum guides for a wide range of audiences. Reading and discussing books, songs, poems, and other media made by abolitionists, civil rights leaders, activists, and scholars can inspire students to embrace their own collective responsibility and power to make our world more just and equitable for all.

Anti-racist educators can be allies to teachers and staff of color, working together to create networks of support that bring educators from marginalized communities into the center.

According to a 2020 Education Trust study, students of color succeed in advanced courses—when their schools offer such programs.

The study found that Black and Latino students are more likely to attend schools with fewer available seats in advanced classes (i.e., AP and honors classes). This is because, on average, schools with higher proportions of students from Black and Latino households tend to receive less school funding, which translates to fewer advanced course offerings for students.

Funding gaps in school districts serving diverse populations have a huge effect on educational opportunities for students of color. As education policy analyst Kayla Patrick told the Education Trust, “No student should forfeit future success because there were not enough seats in the class or because the seats were not available.”

Anti-racist educators can advocate for students of color by pushing for increased school funding for neighborhoods that currently offer fewer advanced programs and serve greater numbers of Black and Latino students.

The struggle for racial equity in the US continues to evolve. To disrupt racism in its many forms, anti-racist teachers must practice ongoing self-reflection about their own biases—and devote time and resources to taking action to combat racism on individual and large-scale levels.

For people with more privilege, this may mean starting by self-educating about the barriers to education that students of color face and using one’s position of privilege to amplify the voices of people at the margins.

For people with less privilege, this may mean devoting energy to challenging and unlearning racist beliefs about one’s own racial group, or people from other racialized groups, and combating internalized racism from within.

In learning how to be an anti-racist educator, teachers, staff, and administrators make our world more equitable for all people. Do you feel a call to advance anti-racism through education policy? Discover the Online EdD in Education Policy and Leadership program at American University, which is rooted in social justice and anti-racism and has a curriculum that emphasizes inclusive and equitable education.

Take the next step in combating racism in education by pursuing this progressive doctorate. Graduates go on to lead in policymaking, educational instruction, organizational leadership, and many related fields that need anti-racist educators.

Teaching Anti-Racism in the Classroom: Strategies for Educators

Anti-Racism in the Classroom: Tips and Resources for Teaching About Racism

The Problem of Bias in US History Textbooks and Curriculum

Education Week, “Teachers Are as Racially Biased as Everyone Else, Study Shows”

The Guardian, “How to Be an Antiracist by Ibram X Kendi Review”

National Museum of African American History and Culture, “Being Antiracist”

National Science Teaching Association, “Implicit Bias Has No Room in the Classroom”