Home / Blog / How to Become a President of a University

How to Become a President of a University 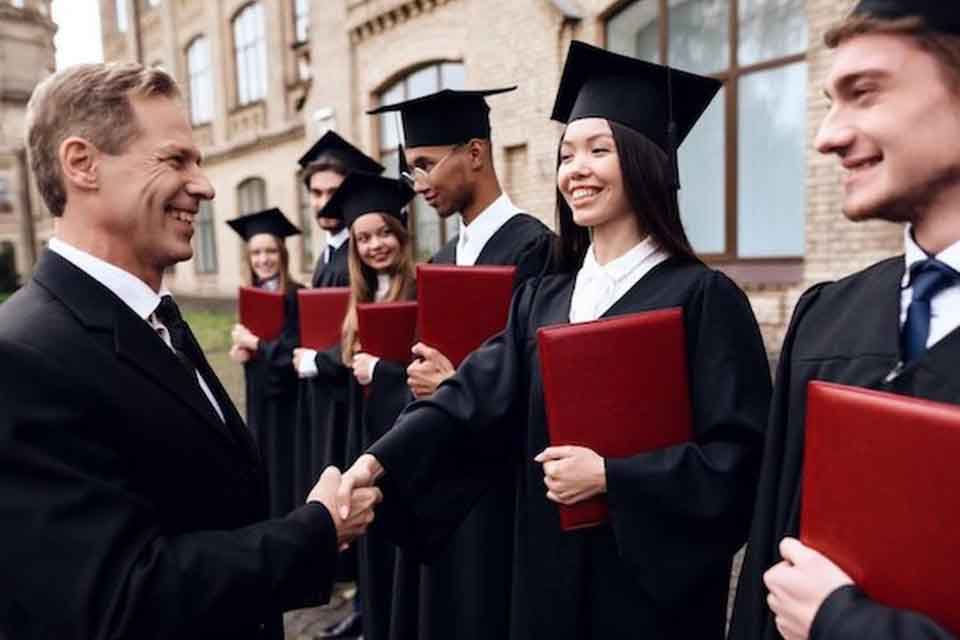 No individual at a college or university is more influential than the president. The president sets the tone for the entire institution, typically answering only to the school’s board of trustees. A strong university president must be competent in areas beyond pure academics; athletics and finances, among other departments, also fall under the scope of the university president’s responsibilities. While becoming a university president is often the capstone to a long career in academia, those interested in such a position would be smart to start off with a Doctorate in Education (EdD), which remains the most common path to postsecondary educational leadership.

What Does a University President Do?

Those investigating how to become a university president will find it is the path to the top level of leadership and the visionary of the university. The president’s impact is far reaching and influences the overall culture of the school.

Go Through the Steps to Become a University President

There’s no short route to becoming a university president; getting to the highest levels of postsecondary education takes ample work and hands-on experience within the field of education. A 2012 study by the American Council on Education (ACE) found that the age of the average university president was sixty-one, up from fifty-two two decades before. More than half (58 percent) of presidents were over the age of sixty, up from 13 percent in 1986. And though it was a male-dominated field through the twentieth century, that’s somewhat changed; ACE reports that women held 30 percent of top jobs as of 2016, though that number raised by only 4 percent between 2011 and 2016.

For those ready to pursue this career, there are two primary options.

The route to becoming a university president begins with an advanced degree in the field, like an EdD. After that comes a job in postsecondary education, perhaps as a full-time professor or as a dean overseeing a particular academic unit, such as student affairs. From there, an aspiring university president might spend years as a professor, aiming to become the head of his or her department or perhaps working in another leadership role before applying for the institution’s top position as president.

The ACE survey found that 20 percent of top university officials had been in a position outside higher education immediately prior to their hiring, a 7 percent jump from ten years prior. A sample survey by Forbes found that 10 percent of college presidents had a PhD in economics and that university professors at top-tier schools with such degrees lasted longer in their positions than those without.

Discover the Salary of a University President

According to PayScale, the average salary for a college/university president is $151,710, with an annual bonus of up to $100,000. Those earning salaries in the bottom 10 percent earn around or under $82,000 per year, while those in the top 10 percent bring in over $450,000. Jobs that skew toward the higher end of the salary range will be at larger institutions, especially at major state research universities, as well as top-notch private institutions. U.S. News and World Report has the top public school officials making north of $1.5 million per year in base pay. When factoring in non-salary income, the top presidents make multiple millions per year.

Postsecondary education continues to be an important part of the American education system, and the university presidency remains a crucial linchpin in the entire chain. The U.S. Bureau of Labor Statistics (BLS) projects the job market for postsecondary education administrators will grow 10 percent between 2016 and 2026, with an additional 18,200 jobs. That’s a growth rate 3 percent higher than the national average for all occupations.

The number of colleges has slowly been rising in the twenty-first century as well. According to the National Center for Education Statistics, there were a total of 4,583 two- and four-year colleges in the 2015-16 school year in the United States—over five hundred more schools than in the 1999-2000 year, a growth rate of about 12 percent.

A Doctorate in Education provides an advanced understanding of leadership within the field of education. Explore how to become a university president through American University’s award-winning EdD program, which will equip you with the tools and know-how to shape the next generation of college students.

Chronicle of Higher Education, “What Should a College President Do in Year One?”

Forbes, “Training to Be a College President”