Home / Blog / Resources for Improving LGBTQ+ Inclusivity in the Classroom

Resources for Improving LGBTQ+ Inclusivity in the Classroom 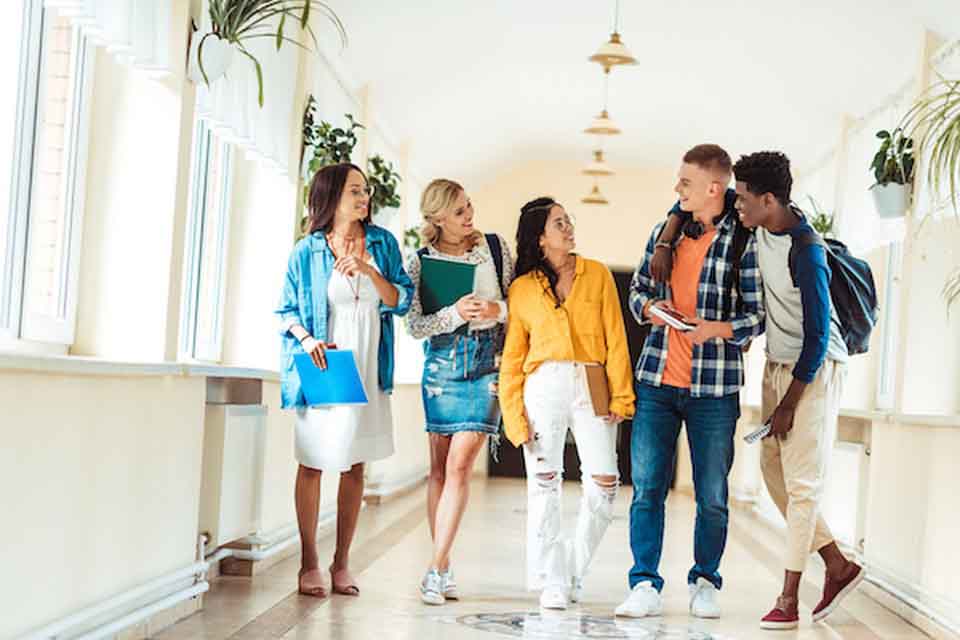 The challenges and struggles that face LGBTQ+ youth in the United States are immense. According to a 2018 report from the Human Rights Campaign:

Addressing these challenges is a difficult task, but there are helpful tools that can assist educators and administrators who are dedicated to building inclusivity in the classroom and creating a more tolerant school environment for LGBTQ+ youth.

A Safe Space: Why LGBTQ+ Inclusivity Matters in the Classroom

Before discussing why inclusivity is needed in the classroom, it is important to understand just exactly what is meant by the term “inclusivity.

”  Inclusivity is the direct practice or action of including individuals who would have otherwise been excluded. In the workplace, inclusivity could be managers or executives inviting lower-level employees into staff meetings that were previously limited to senior staff. At a store or shopping mall, it could be building wheelchair ramps so individuals who are disabled can access areas that were previously inaccessible to them.

But it’s important to remember that inclusivity is more than just enabling equal access, it is also creating the sense and atmosphere that those excluded or marginalized individuals belong and are welcome. This is especially important for LGBTQ+ youth, considering that they feel increasingly marginalized and isolated, and sometimes even fear for their own safety. From StopBullying.gov, “more LGB students (10 percent) than heterosexual students (6.1 percent) reported not going to school because of safety concerns.” Students who were said to be “not sure” of their sexual orientation also reported being bullied on campus and cyberbullied and not going to school due to safety concerns, according to StopBullying.gov.

Creating inclusivity for LGBTQ+ students in the classroom involves a collective effort from both educators and peers to ensure that these students are welcome and are safe.

The power to build inclusivity for LGBTQ+ students is not in the hands of teachers alone. Students have the ability to show their LGBTQ+ classmates they are welcome and safe within campus halls.

One of the strongest ways that a student can help build an inclusive LGBTQ+ environment is by creating or joining a gay-straight alliance, or GSA, club. According to the GSA network, “GSA clubs, or GSAs for short, are student-run organizations that unite LGBTQ+ and allied students to build community and organize around issues impacting them in their schools and communities.” The GSA network website says that these clubs have a positive effect on “student health, wellness, and academic performance,” have been useful in protecting LGBTQ+ students from harassment, and improve the climate toward these students in general. GSAs can be social groups for students to connect, support organizations for LGBTQ+ students facing challenges, and activist groups that help raise awareness about LGBTQ+ issues. Students interested in starting a GSA can learn more by visiting the organization’s website.

Peers can also empower LGBTQ+ students by raising awareness for and participating in Ally Week. Held annually, Ally Week is a student program from GLSEN (formerly the Gay and Lesbian Independent School Teachers Network) “where LGBTQ K-12 students and LGBTQ educators lead the conversation on what they need from their allies in school.” GLSEN also provides students with resources to act as allies to LGBTQ+ individuals throughout the year, even beyond Ally Week.

Students can also become involved with the Trevor Project, an organization that provides a twenty-four-hour suicide hotline for young LGBTQ+ individuals. The organization has created a list of resources for how people can get involved, including volunteering and advocacy opportunities.

Education Beyond the Binary: LGBTQ+ Resources for Teachers

Students spend a considerable part of their day within a school’s doors throughout the educational year, with many states requiring schools to hold students for a minimum of six instructional hours per weekday, according to the National Center for Education Statistics. Because LGBTQ+ students spend so much of their time at school, it’s crucial that their classrooms provide a welcoming environment and that teachers build safe and supportive spaces for these students there.

One way that teachers can build inclusive environments for LGBTQ+ students is by stocking their classroom and libraries with book titles that speak to the experiences of members of that group. “Adding books with LGBT characters and themes to classrooms and libraries creates a more inclusive school culture,” says John DePasquale, writing for Scholastic. “Many LGBT youth describe feelings of isolation, and adding books to classrooms that reflect their lives and experiences is a step toward breaking this isolation.

”  GLSEN also provides an extensive Safe Space Kit that can assist teachers in both creating inclusive environments for LGBTQ+ students as well as educating other students to be inclusive and accepting of these individuals. The Safe Space Kit provides information about the specific issues that LGBTQ+ students face, how to support these students, how to educate other students and members of school staff, and how to advocate and promote better strategies for inclusion. For example, the Safe Space Kit includes a section that details the specific differences between particular LGBTQ+ terms and identities, methods for addressing situations that arise when a student comes out, and ways to make a teacher’s curriculum itself more inclusive.

It is understandable that teachers may not be completely aware of the various issues that LGBTQ+ students face, nor how to build an inclusive environment for them. The Trevor Project also offers educational initiatives including a Lifeguard Workshop that provides resources to middle and high school teachers and a Model School Policy resource that details the necessary steps when crafting an extensive suicide prevention program for LGBTQ+ youth. Coaches and school athletics personnel who may be unsure about how to create a welcoming environment for LGBTQ+ students can follow this helpful information from the NCAA, which includes tips on establishing codes of conduct, how to communicate with LGBTQ+ student athletes, and making sure resources are accessible.

Beyond the positive effects that these initiatives can produce, the simple fact that students and teachers are striving to help create safer spaces for LGBTQ+ students makes their educational environment that much more inclusive.

GSA Network, What Is a GSA Club?

Pew Research Center, “The Way U.S. Teens Spend Their Time Is Changing, but Differences Between Boys and Girls Persist”

The Trevor Project, Get Involved