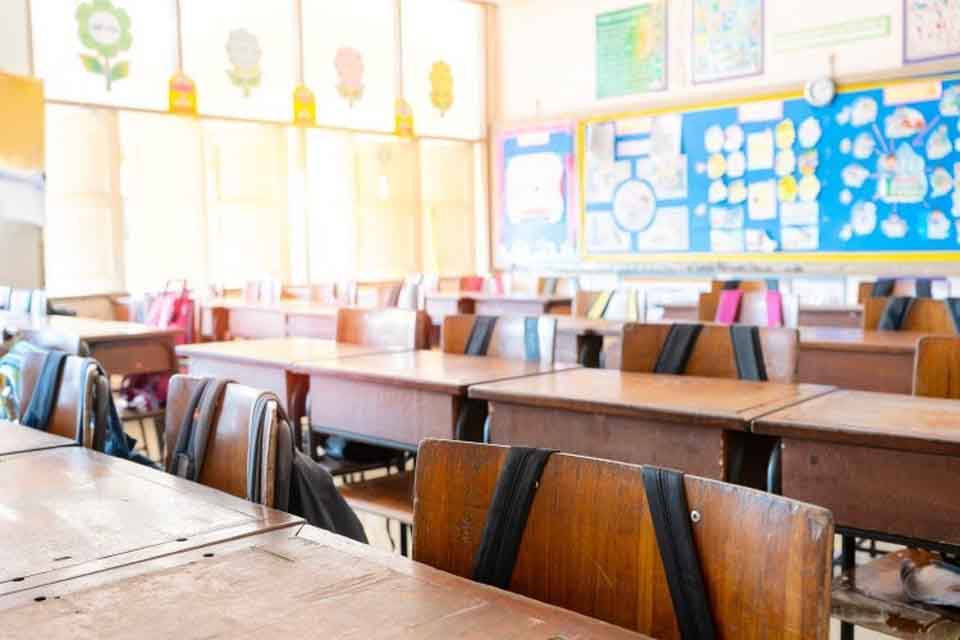 The legal fight for equal education began in 1978 when San Antonio Independent School District v. Rodriguez reached the Supreme Court. While that case didn’t end in favor of equal education, it began a conversation that would continue into the 21st century.

To fully understand how inequity in education is impacted by school funding, it’s important to note how public education is funded in the first place. Every public school in America is funded by three arms of the government: federal, state, and local, according to the Center for American Progress.

All of these funds come primarily from taxes, both state (sales and income) and property. Because property tax rates differ by neighborhood, schools in wealthier areas with higher property tax bases receive more funding than those in poorer areas. The inequitable amount of spending per school directly leads to the disparity in academic achievement, according to studies by the Center for American Progress, the Albert Shanker Institute, and many others.

Education reform in the 1970s, 1980s, and 1990s fought to end this disparity. New laws and court orders forced states to raise the amount of funding for low-income districts to meet that of higher-income ones, according to the American Economic Journal: Applied Economics. The 1990 Kentucky Education Reform Act (KERA) required states to increase low-income district budgets by $1,200 per pupil per year to reduce class sizes and add to instructional spending.

Multiple studies have found that students’ test scores began to rise, along with their future salary rates, as a direct response to these education reforms. However, the impact of school funding on student achievement was further exacerbated by what followed the Great Recession.

School resources that require additional funding and are tied to achievement rates include smaller class sizes, additional supports, early childhood programs, and teacher compensation, according to the Albert Shanker Institute.

A study by the Center for American Progress found that students in schools with higher budgets showed significant gains in both reading and mathematics. This was most apparent in low-income students, who previously had not had access to more comprehensive courses, such as advanced math and science.

In 2007, the Great Recession began, the largest US economic downturn since the Great Depression. A study done by the Stanford Center for Education Policy Analysis (CEPA) found that during this 18-month-long recession, student math and English language arts (ELA) achievement was dramatically reduced. Both state and local revenues saw a 5 percent decrease in revenue, leading to school funding cuts and a decrease in student outcomes specifically in these areas. After analyzing 200 million standardized achievement test scores, CEPA found that not only did the recession impact student achievement, but it more severely affected economically disadvantaged and minority students. Those students were found to be in districts that had reduced funding, eliminated many teacher positions, and cut salaries, causing class sizes to increase and the number of funded programs to decrease, according to the Albert Shanker Institute.

School funding issues continue to persist. While the economy recovered in the aftermath of the Great Recession, schools budgets haven’t. Budget cuts are still occurring across the board, class sizes continue to grow, and pre-K programs are being eliminated, leading to less learning time. According to a February 2020 Forbes article, school funding had already been cut at the federal level by 8 percent, before the impact of the COVID-19 pandemic.

COVID-19 has introduced further funding cuts. According to the Learning Policy Institute, the Coronavirus Aid, Relief, and Economic Security (CARES) Act will only equate to 1.9 percent of pre-K through 12th grade education revenue, while state revenue is expected to drop between 10 and 20 percent. This could result in a reduction of $21 billion to $57 billion in education budgets and nearly 750,000 teaching positions eliminated.

How to Help School Funding Issues

Access to equal education is a core value of American University. The Doctorate in Education Policy and Leadership program prepares educators to transform the school system, creating leaders with the skills to remove barriers to access, advocate for vulnerable communities, and shape public policy. Learn more about how to resolve school funding issues and change students’ lives with a degree from American University’s online School of Education.

What’s the Difference Between Educational Equity and Equality?

Center for American Progress, “A Quality Approach to School Funding”

Center for Education Policy Analysis, “The Impact of the Great Recession on Student Achievement: Evidence from Population Data”

Learning Policy Institute, “COVID-19 and School Funding: What to Expect and What You Can Do”