Understanding the Digital Divide in Education 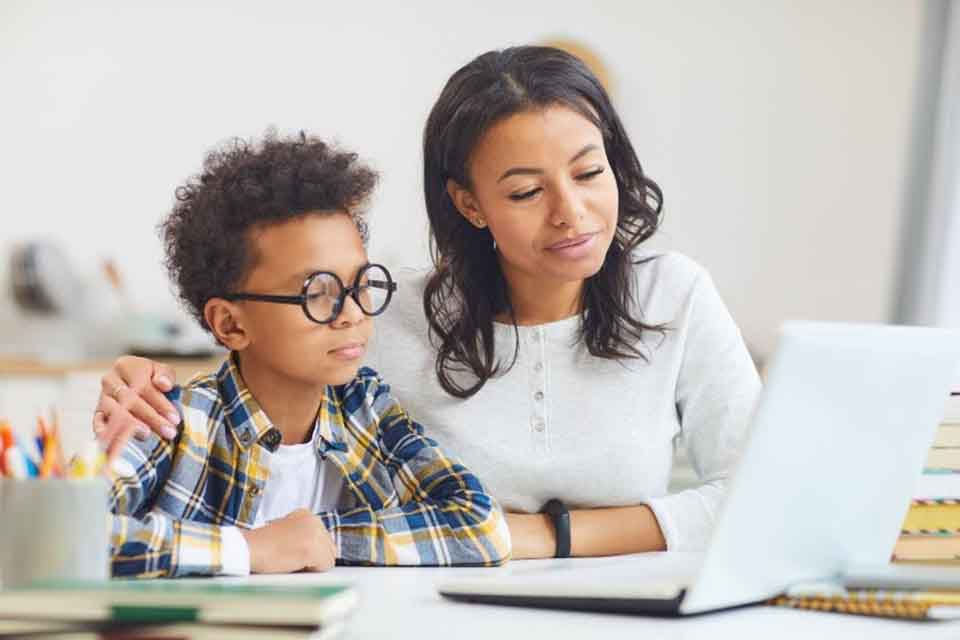 The Apple I personal computer first hit stores in 1976, and from 1984 to 2015, the number of people who had a household computer increased by 72 percent, according to ThoughtCo. With the increase in internet capabilities and in the number of people who had access to computers and the internet in their homes, educators began relying heavily on digital technology. This is how the digital divide in education began.

While 87 percent of households in the US currently have access to a computer, smartphone, tablet, or other internet-enabled device and 73 percent have access to the internet, a digital divide remains. The issue lies mostly with access to high-speed broadband, which is required for individuals to be able to make use of much of what’s available on the internet.

Marginalized communities including people of color, low-income individuals, English-language learners, people with disabilities, and populations experiencing homelessness are among those most likely to lack access to high-speed internet. The impact of the digital divide on these students has been significant and—due to transition to online learning during the coronavirus pandemic—continues to worsen.

What Is the Digital Divide?

The digital divide in education is the gap between those with sufficient knowledge of and access to technology and those without, according to the ACT Center for Equity in Learning. To examine the divide requires looking at who can connect to what and how they do so. For example, a student who has multiple laptops in their home and has access to high-speed broadband likely will have better educational success than someone who has one computer to share with their entire family and only has dial-up internet access.

As teachers use more technology in their courses, this divide increases and continues to perpetuate socioeconomic disparities for underserved populations, according to the ACT Center for Equity in Learning. About 17 percent of students are unable to complete their homework due to their limited access to the internet. Additionally, 50 percent of low-income families and 42 percent of families of color don’t have the technology required for online education, according to the Education Trust.

To fully understand the impact of the digital divide, looking at the rise of technology in the classroom is an important first step.

History of Technology in Education

The integration of technology into the classroom began during the Cold War era with the Soviet Union’s launch of the Sputnik satellite into space. With America’s initial loss in the race to space, the federal government began pushing math and science education and embracing technology. In 1963, the Vocational Education Act provided funding for technology in schools, according to Classcraft. In the early 1980s, computers made their way into the classroom. By the mid-1980s, Apple computers became common in classrooms.

While the initial funding for technology in schools came from the government, schools had to continue to fund technological advancements once the federal money ran out. Since schools are funded through local property taxes, the schools in low-income areas didn’t have as much money to spend on technology as those in high-income communities.

In the next two decades, technology began to advance rapidly. The introduction of email, video, and other digital media made two-way digital communications possible, including between teachers and students. The increased emphasis on science, technology, engineering, and mathematics (STEM) in the 2000s brought about an even greater implementation of technology in education. But, as technology advanced and computers became the norm in most American classrooms and households, school budgets couldn’t keep up, increasing the digital divide in education and creating resource gaps among students.

How Did the Digital Divide Affect Education in the US?

The impacts of the digital divide in education have been significant. The digital divide has affected individual students in the same school as well as groups of students across districts, lowering the academic outcomes of low-income, underserved students and districts.

Impact of Individuals in the Same School

Digital disparities are seen within individuals in schools. A school can implement technology and teach every student how to use it, but if a student doesn’t have access to a device or high-speed internet at home, they won’t show the same academic results. A study by the National Center for Education Statistics found that students who didn’t have access to the internet or only had dial-up in their home could be broken down as follows:

Students from marginalized communities are disproportionately impacted by the digital divide. In addition to limited access to the internet, 19 percent of underserved students have only one device at home—a rate that is three times higher than it is for more privileged students.

Unequal access to high-speed internet and home devices in conjunction with the increase in teachers assigning homework assignments that require internet use—in 2009, seven out of 10 teachers assigned homework that required using the internet—has made for an expanding digital divide in education. This inhibits students from completing homework, putting them behind in their classes. The result is a disadvantaged educational and socioeconomic outcome for underserved groups of students.

Impact of Student Groups in a District

The disparities between underserved and privileged students in a school are also seen between districts. Rural school districts are more likely to have no or only dial-up internet, and their students are less likely to have multiple devices at home.

Additionally, districts in different areas of a state experience a digital divide due to the socioeconomic status of that area. For example, the Sto-Rox district of Pittsburgh, Pennsylvania, was ranked one of the worst districts in the area. The area’s low socioeconomic status has resulted in limited funding for education. The district has only 30 to 60 laptops to share among 1,300 students. This has resulted in students leaving for other districts where they will have more technology and academic opportunity.

Another district near Pittsburgh is on the opposite end of the digital divide because of its partnership with a local university: Carnegie Mellon. The college is helping develop the computer science curriculum in the district as well as training teachers at the school to prepare students for a better digital education.

The same thing is seen at schools in districts in Silicon Valley versus other districts in California. These districts partner with major corporations like Google to provide every student with a Chromebook to use at home and in class, according to EqOpTech. Their socioeconomic status in conjunction with the technological support they receive sets up these students for academic success.

Overall Impact of the Digital Divide

Students experience the digital divide in education across the US. Four major outcomes can result from less access to digital technology, according to the Digital Divide Council:

1. Low performance: Low-income families have less access to information that will advance their education.

2. Competitive edge: Students with access to the internet will do better when they enter college due to universities embracing technology at an increasing rate.

3. Convenience in learning: Privileged students have access to better devices and face less hurdles to complete their education.

These outcomes most impact students of color and those in low-income families. They also inhibit the long-term success of students.

The digital divide has been growing for years, but the global pandemic has accelerated its growth. Moving to remote learning in the spring of 2020, students in low-income areas and students of color experienced a disadvantage over other students. Additionally, the factor of childcare has been added to the digital divide in education. Parents in low-income areas who are more likely to work multiple jobs have struggled to find the time to help their children with their schoolwork, whereas high-income parents have the flexibility to take time off of work and the resources to hire tutors to aid their student’s education. As students have gone back to school in the fall—some fully remote, some fully in person, and others in a hybrid model—reaching equality in online learning has been the primary goal.

As of September 2, 2020, 73 percent of the 100 largest districts in America have chosen to instruct fully online, according to Education Week. This affects over eight million students. A study done by the Pew Research Center in the spring of 2020 found that 36 percent of low-income students couldn’t complete their schoolwork because they didn’t have a computer compared to 14 percent of middle-income and 4 percent of upper-income students.

While schools in more affluent districts are able to provide laptops to all students in need, others don’t have the funding. To help increase equity, some districts have held fundraising events. For example, Chicago public schools received $50 million to provide high-speed internet to 100,000 students. Whereas other districts who lack funding, such as Palo Verde Unified School District in California, provided learning packets every two weeks instead of holding online classes.

To aid in device and internet equity, some states are ensuring every student has access to Wi-Fi and a computer. The California Department of Education confirmed it will provide both of these resources to all students in need.

Bridging the Digital Divide in Education

As the global pandemic has thrown the digital divide into the spotlight, many educational leaders have made headway in bridging the digital divide in education. From providing internet to students with the most need, to ensuring every student has their own computer, leaders are beginning to increase equity among districts and students.

The California Bridging the Digital Divide Fund has raised $12.3 million to help allocate supplies to students, and a California digital divide task force and fund collected donations that bought 56,700 laptops and provided 94,000 hot spots, according to EdSource.

Chicago public schools have also made headway, providing free high-speed internet to 100,000 students. Additionally, they have begun building a permanent support system for Chicago families known as Chicago Connected. This effort works with philanthropic partners to bridge initial costs and will provide internet access to families who need it most.

To further help, the Education Trust recommends educational leaders and policy makers do the following:

By following these steps, leaders can help increase student academic outcomes and lessen the digital divide for future generations of students.

Become an Advocate for Equitable Education

ACT Center for Equity in Learning, “The Digital Divide and Educational Equity”

Classcraft, “The History of the Emergence of Technology in Education”

EqOpTech, “The Digital Divide in Education”

Pew Research Center, “53% of Americans Say the Internet Has Been Essential During the COVID-19 Outbreak”

The Education Trust—West, “Education Equity in Crisis: The Digital Divide”

Wired, “A ‘Covid Slide’ Could Widen the Digital Divide for Students”